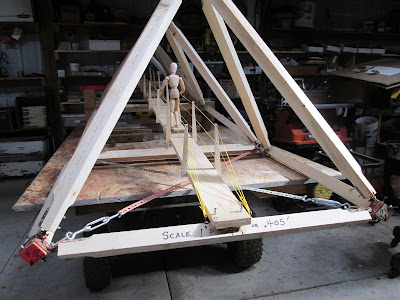 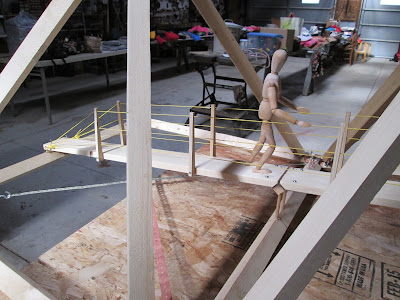 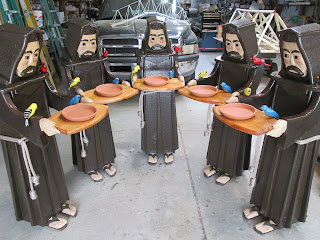 And at last I have finished the St. Francis bird feeders that I started last fall. You can see the bridge models in the background and the side straw model on the truck hood. Hopefully getting the wind generator back together and running will be my filler project between now and building the bridge in Madison.
Posted by Dick at 1:18 PM