Mortise and tenon table base

A few months ago a former student brought in some old barn timbers for a table base he was making and wanted to know if I could join them together for him. Sounded interesting, I said OK. How hard could it be? 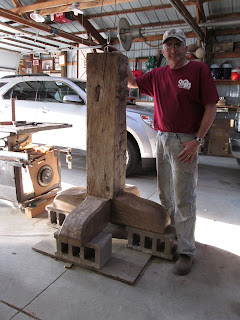 We unloaded the pieces, two Oak 8x8x36 beam supports and one 10x10x48 Oak beam piece. I began to think about it. A drawing and model would be needed. 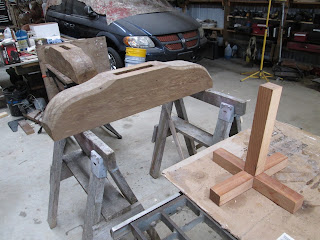 At first glance it looks like a no brainer. Cut the pieces and then put them together with a hand full of Kreg pocket screws. Right? Well not quiet. This was going to be a nice half lap joint with the vertical piece joined to it with a tenon through both bottom pieces. A bit of a head scratcher for sure. Upon closer examination you can see the two 10" long mortis slots cut into the beam supports. Think about that for a second. 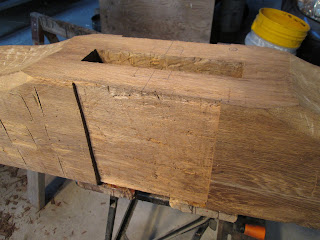 Taking into consideration that the tenons would be two inches wide and what I wanted for strength I cut the housing depth for the half lap joint. 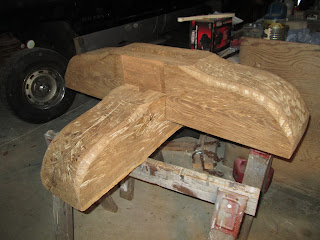 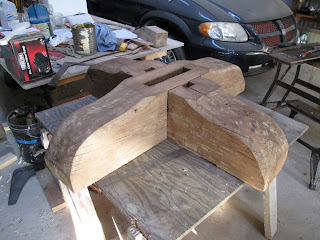 With the half lap cut now it was time to work on the cutting the mortis into it to receive the tenon on the vertical piece. That tenon would not be as simple as a nice 4x4 because of the 10" mortse already in the pieces. 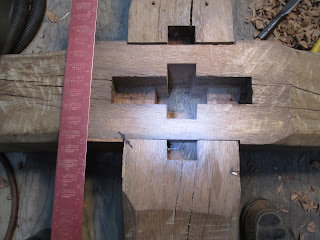 OK then, hear you have it. The base pieces half lapped together with the mortise cut into it. Can you visualize what the tenon it going to look like? 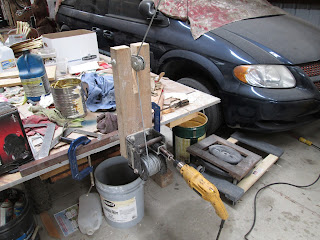 But first I needed to rig up a "helper" to assist me in lifting the 80 pound vertical piece. I knew that I would be handling this piece a lot to get it cut and fit. This little worm screw winch left over from the bridge project would do the trick nicely.


After leveling up the bottom so that the vertical piece sat plumb it was time to start drilling out some wood so the tenons could be cut and squared up. 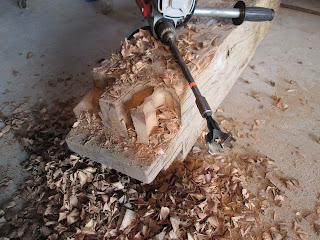 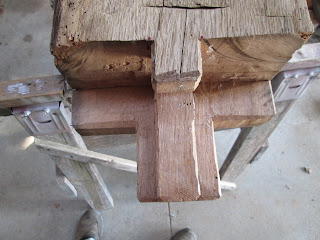 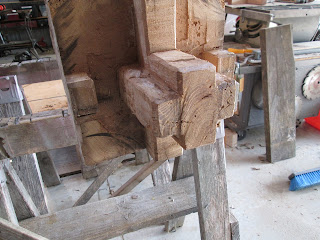 And there your have it! I counter bored a 1/2" lag bolt through the bottom tightened it up. 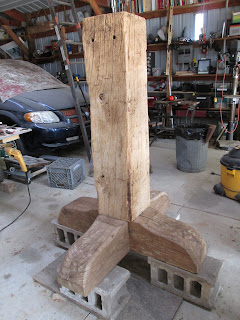