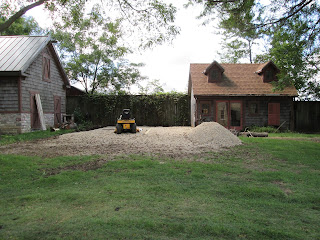 The cabin will be re-assembled right between these two structures. The horse barn is on the left and cottage to the right. 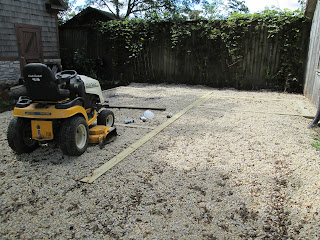 The area has been leveled and a pad of 3/4" clear stone brought in to bring the area up to grade. The cabin will be connected to the cottage by a covered walkway. Six by six treated timbers have been placed into the gravel and the cabin floor rim joists will be placed on these. A layer of asphalt shingle  starter roll will separate the the rim joist from the treated 6x6's and 2" of the gravel will be raked away from the outside edge to provide good air flow and avoid any future moisture problems. 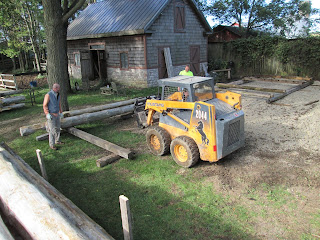 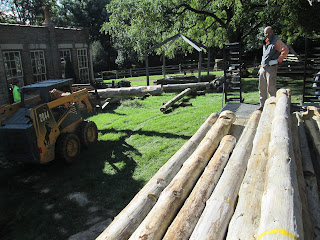 Sleepers and rails were laid down to rack up the trusses and logs. Another Bobcat made the work easier and faster. 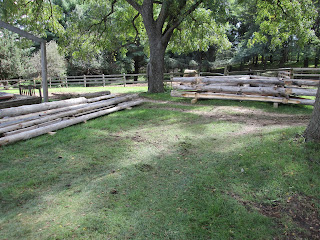 Trusses, wall logs and floor parts were racked and staged such that they are out of the way and in a first needed first available manner. This should minimize the amount of handling in the re-assembly process that should begin in a week or two.