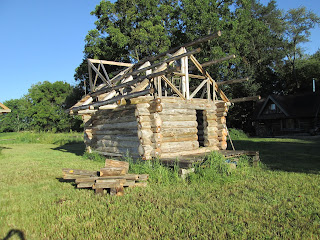 Well it has been a few months but the new cabin owners have their site prepared and are ready to disassemble the cabin and haul it to it's new home. Here you can see the trim pieces and door have been removed and the cabin has been made ready.

The first job will be to remove the roof perlins and trusses. This will require a nice trailer to place them on and a crane lift to pick them.  Check! 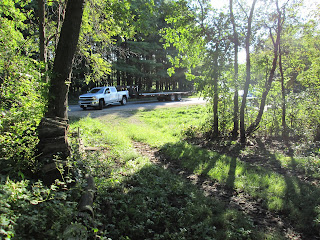 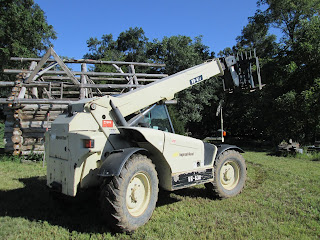 Not having done this before made this all a bit nerve racking. 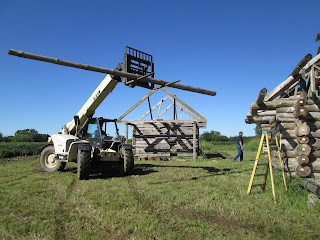 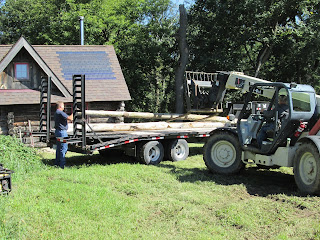 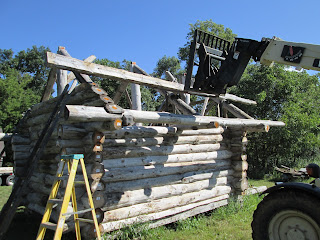 But the drivers were highly skilled, took great care and made the job look easy.

The trusses would be next. At over 1,000 pounds each nerves were on edge again as the lift and move to the trailer were made. 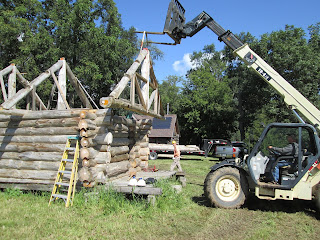 Once again the task was performed without error! Whew:-) 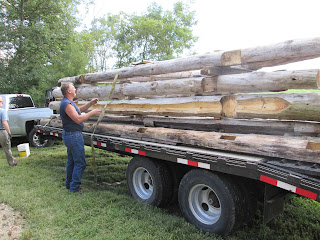 Two hours later and the roof load was secured and on it's way to Scales Mound. Then it would be back for the crew to tackle the walls and floor of the cabin. So far so good.