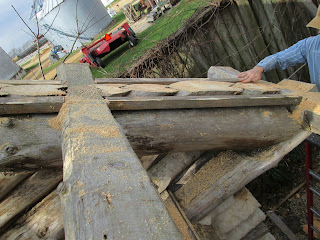 With some 2x4 guide pieces screwed in place the ends of the gable logs were trimmed to be flush with the roof plane. Two strips of EM Seal was ran from peak to eave and the first roof board nailed in place. 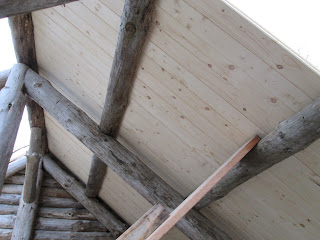 This makes a well sealed and good looking ceiling. The 2x6 tongue and groove roof boards will be covered with 2" of styrofoam insulation and then the metal roof to finish it off. 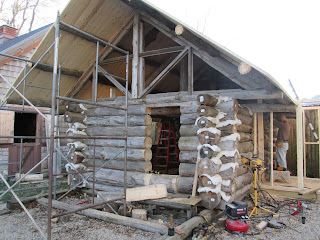 Roof is on and time to cut in the windows. 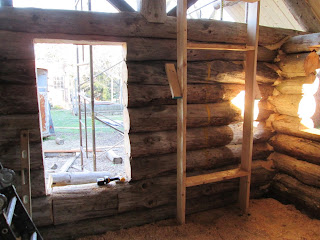 This requires a 2x6 frame to be built and fastened to the cabin wall. This will be used as a guide for the saw to get the rough opening just right. A 2x12 frame will be built for each window and a 3" gap will be left at the top for log shrinkage. After the first heating season everything can be secured in place and the window trims installed. 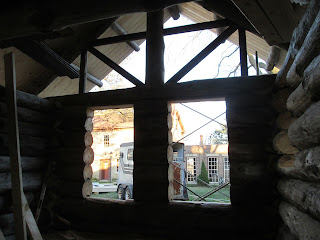 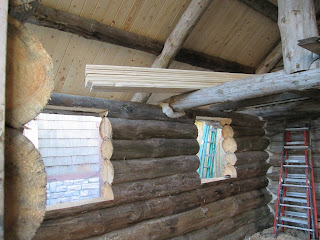 Two windows on the side, and two in the front. The door was originally in the front but was moved to the side so the cabin could be connected to the existing cottage. 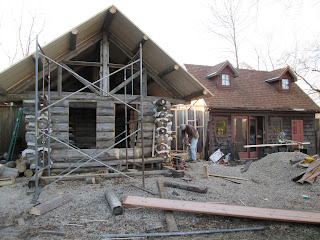