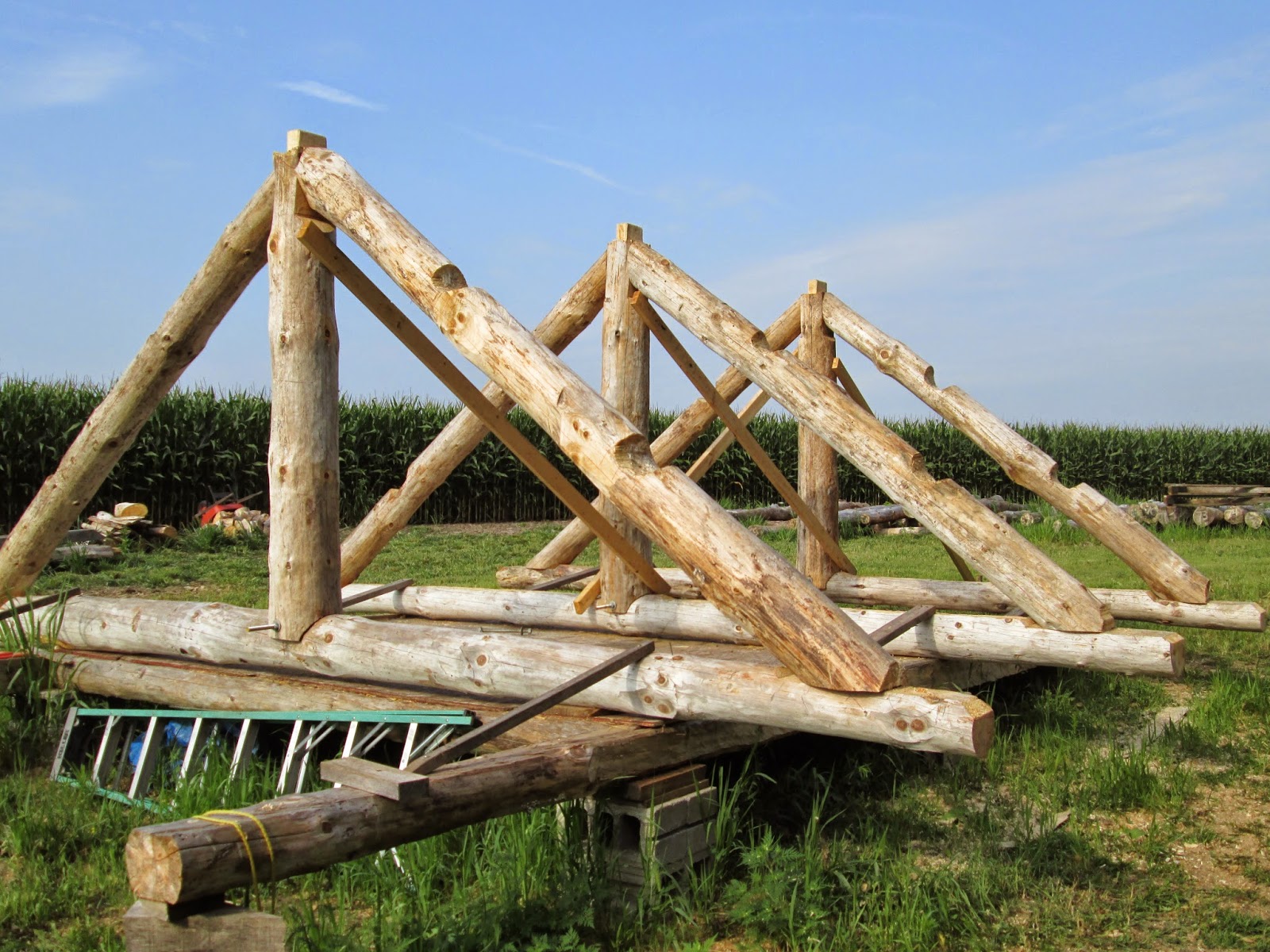 With the ridge and perlins removed and racked out of the way it is time to lay down the log trusses and take them off the cabin floor. 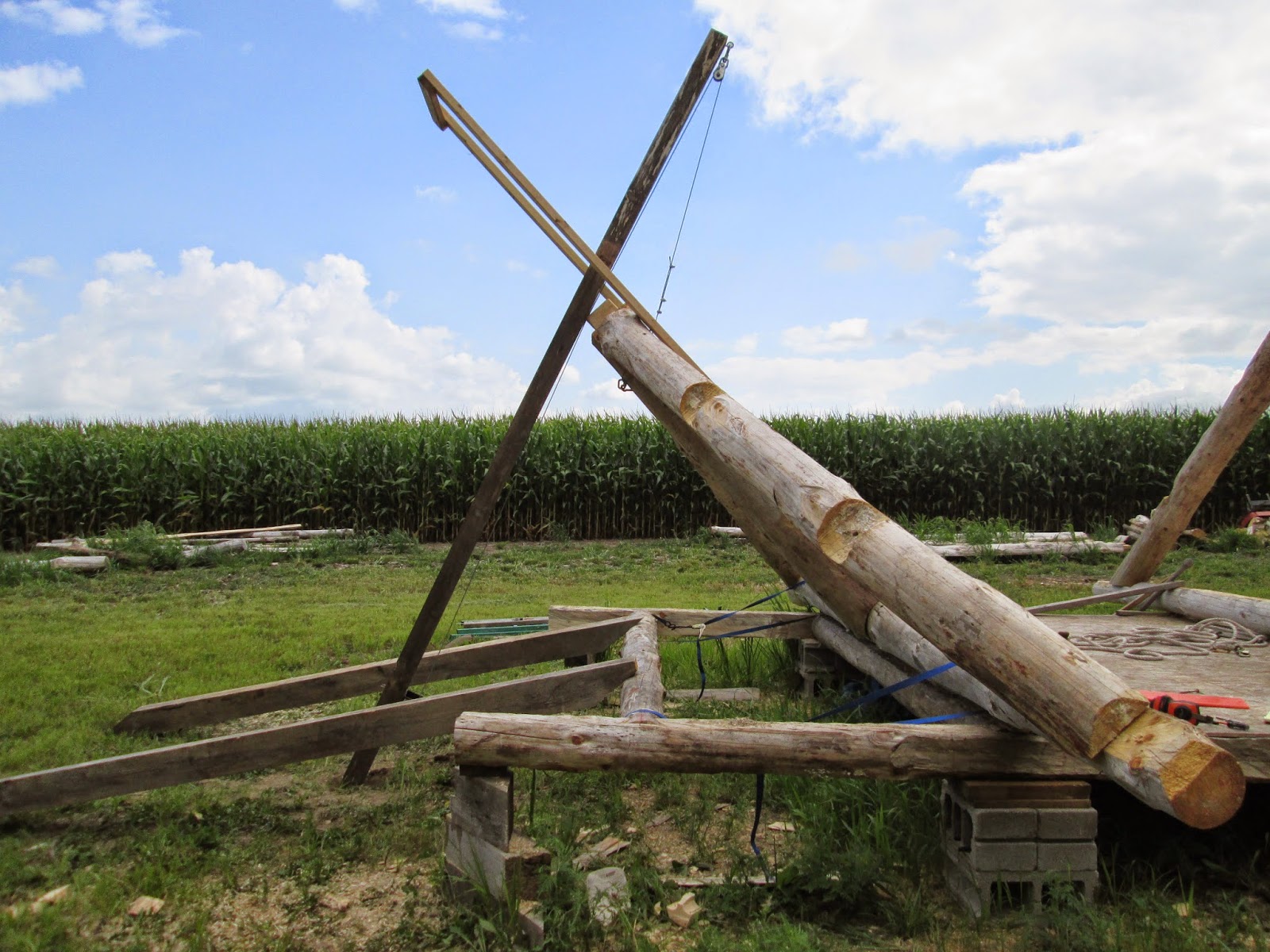 Normally the ginpole or "lifting stick" would be used to raise the truss but I thought this would work in reverse and be a nice test run for when I have to re-raise the trusses when the cabin walls are done. 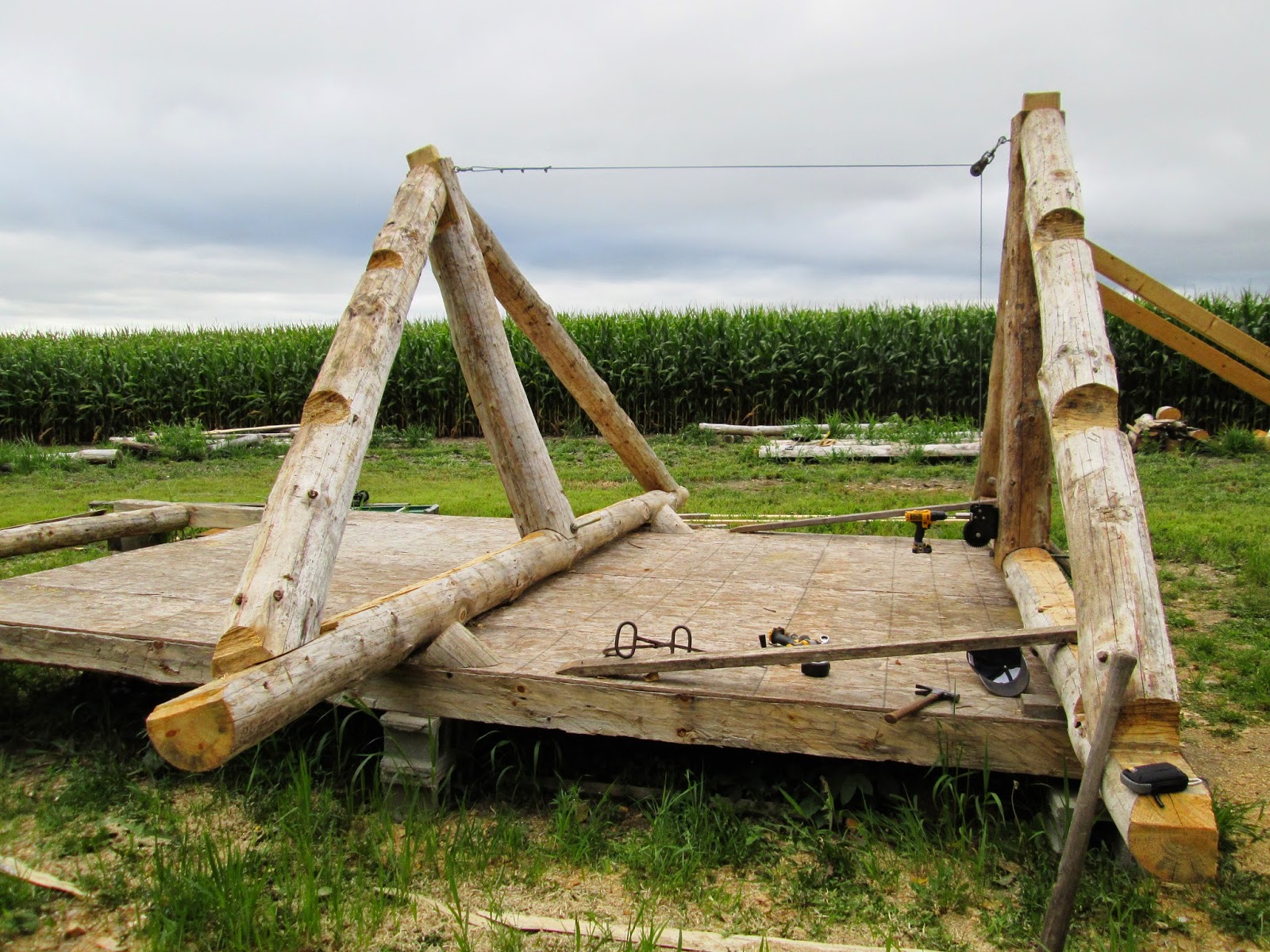 Using the winch and a pulley in this setup I was able to eliminate the ginpole and simplify the process. From this exercise I have determined that for re-assembly the first truss will be raised using the ginpole and then the other two will be winched up like this. At least that's the plan. 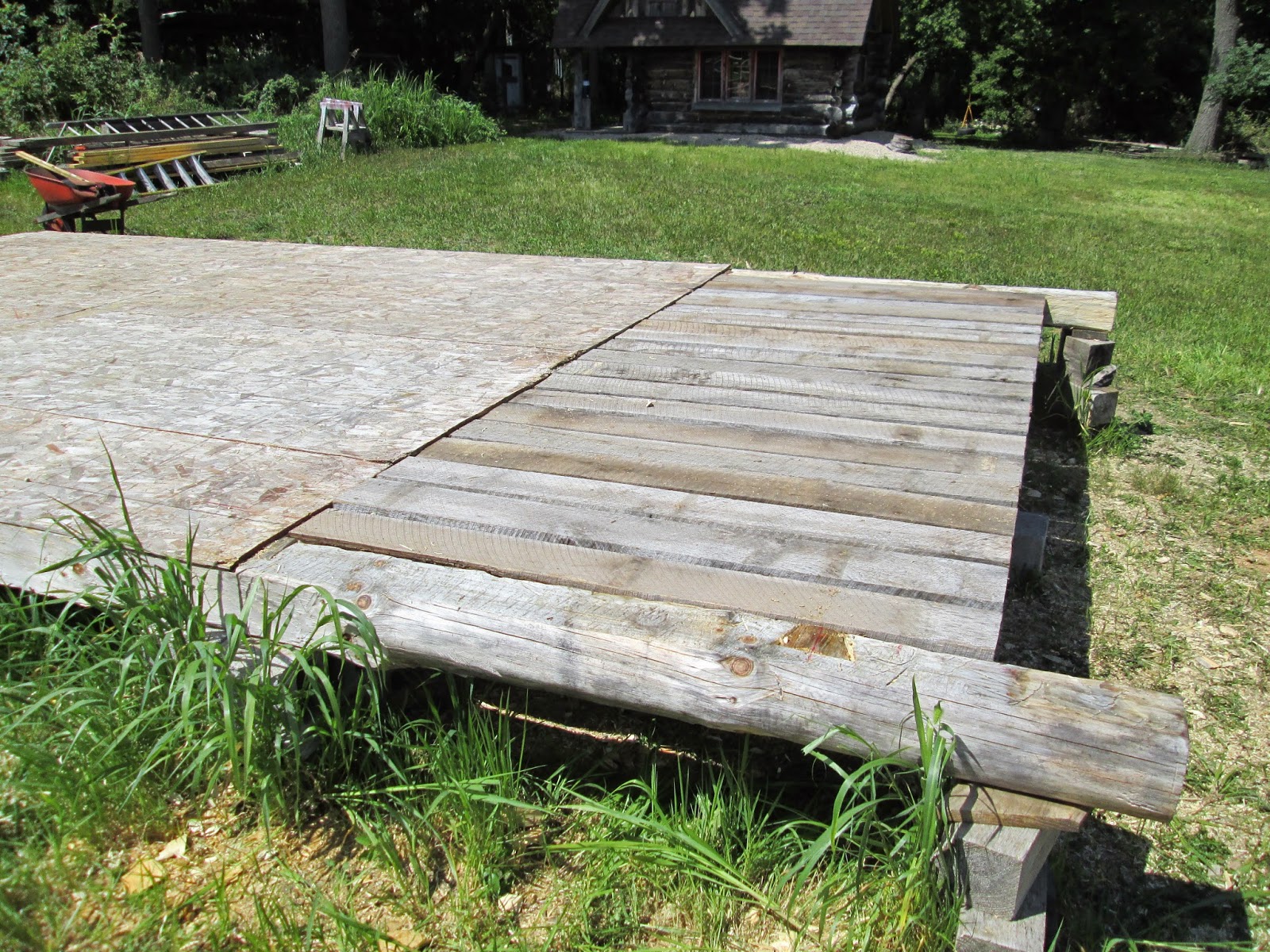 Finished off the porch deck with some of the left over oak 2x6's salvaged from the Lamont barn cabin from two years ago. 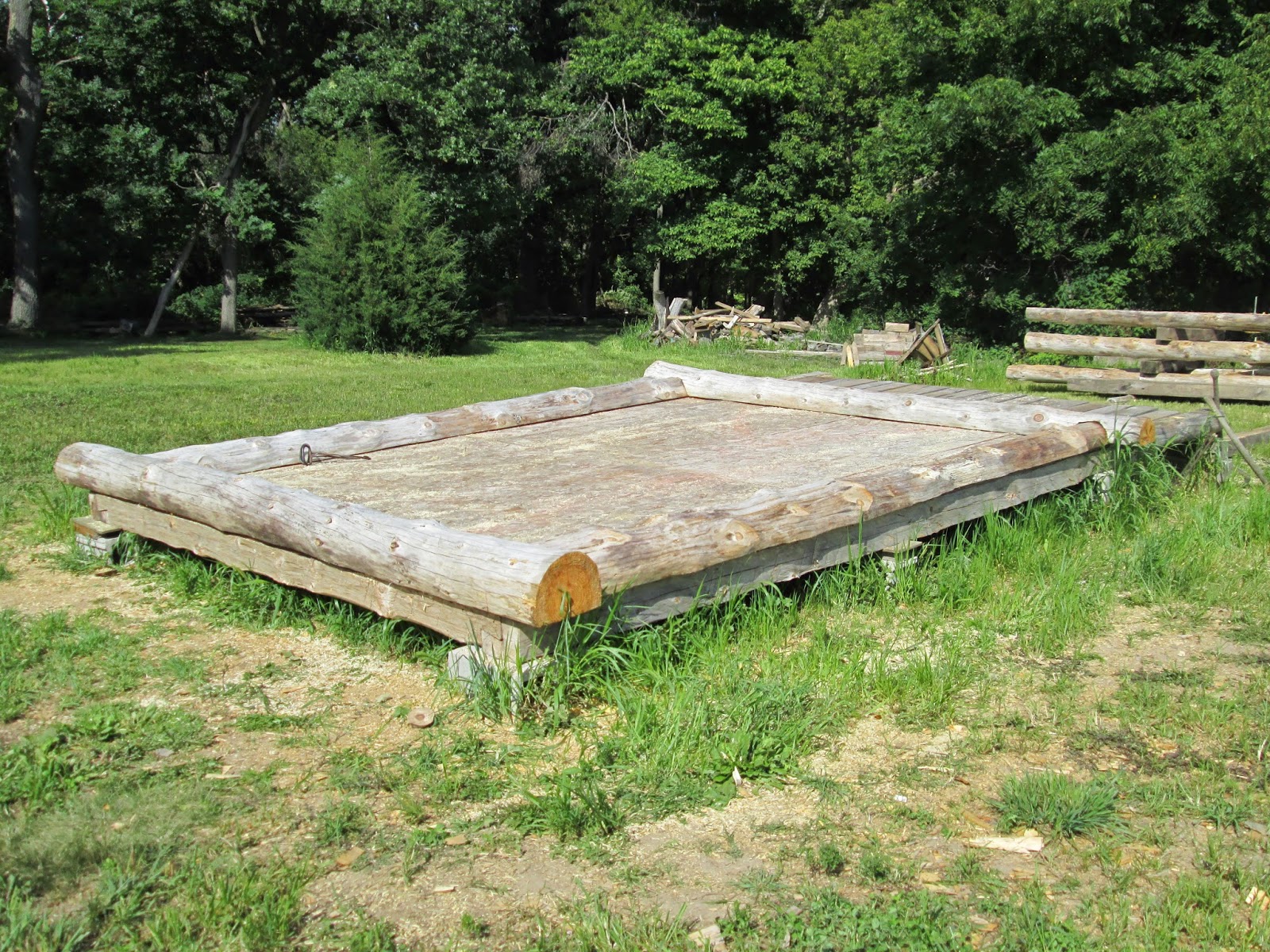 Here the first round of logs with their blind dovetail joints re-assembled on the cabin floor it is finally time to get down to the business of cutting the logs for the cabin walls. So far so good!