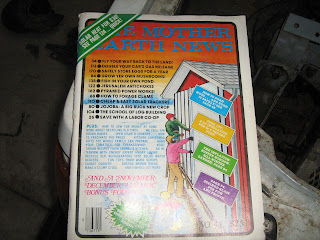 It was 1972 when an article in Mother Earth News on an EV built using an aircraft starter as the motor and with an automotive starter used as a "chopper" that got me interested. The "chopper" would pulse current draw to the aircraft starter on start up (today we now use a solid state electronic high frequency pulse width modulator to do this) and solve the problem of drawing mega amounts of current or laying rubber from a dead start!

April 1974 - Obtained a junked VW bug from a student of mine who's father had a junk yard near the school. He said I could have the floor pan and engine but he wanted the body back for parts. The father was also the county sheriff, a regular Andy Taylor of Mayberry. His wife also cooked the meals for the inmates, oh well enough, I digress.

May 1974 - No money to buy an aircraft starter but obtained a 24 volt electric golf cart from another student that his family had scrapped out. Traded him a gallon of Maple syrup I had made that year for it. Cut the body off the VW and removed the engine. Mounted the 24vdc electric motor from the golf cart directly to the output shaft of the VW transmission. Hooked up two 12v car batteries to the motor.

June 1974 - Last day of school year. Sitting on a chair from the cafeteria I closed the foot switch and backed out of the metals shop for my first EV trip. Went at a snails pace about 30 feet and then realized that I better head back or I would be pushing it back into the shop. Although I considered it a "success" I realized much more development work would be need to be done to build a a real EV. But proof of concept... sorta.

Oct 1974 - As luck would have it a local business person had a 1960 BMW he didn't want and I thought this would make a great "luxury" EV !  Drug it home. Blocked it up and made plans. 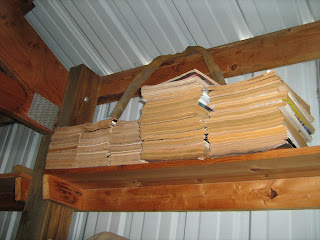 The Mother Earth News collection. I wonder where these will go when I go?