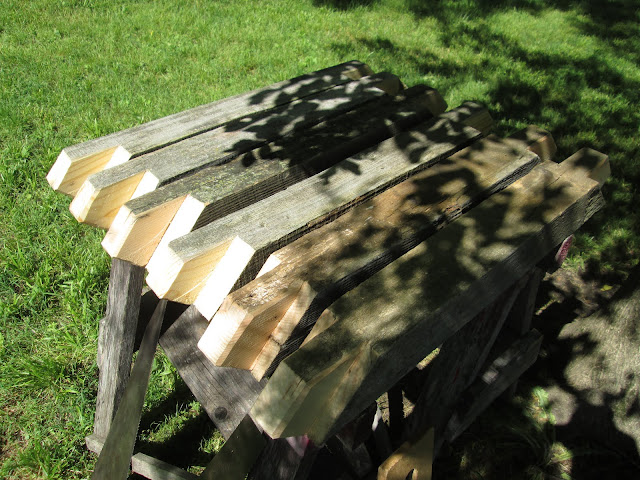 Going with a 20" base on the 45 degree 4x4 braces was my choice. 18" seemed a bit small and 24 to large. The four on the left are to hold the ridge beam posts up and the two on the right will brace the top of the center post. 16 feet is to long of a span for the ridge and would allow it to sag under the load of the 6x6 rafters, 2x6 roof boards, foam insulation and sheet steel roofing. You can see the two different ways I cut the 2" tenons. I think the style on the left lends itself to cutting on the radial arm saw and getting the 2" tenon thickness when the 4x4's are rough and vary in thickness as much as 1/2". 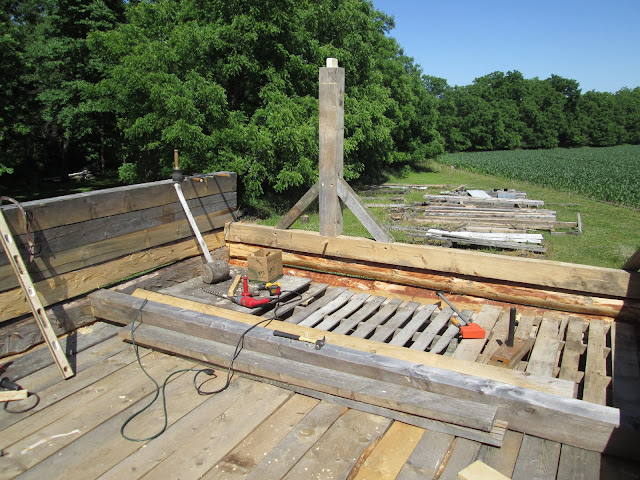 After cutting the mortises for the post and braces it was time to make a test fit. The gable ends will be further framed in with 2x4's and insulated. Wanting to keep the braces and joinery visible inside I located the braces to allow them to be seen from the inside. Here you can also see the 6x6 beam that is at the edge of the loft. This will support the roof load, transferring that roof load to the cabin walls and not the loft floor joists. 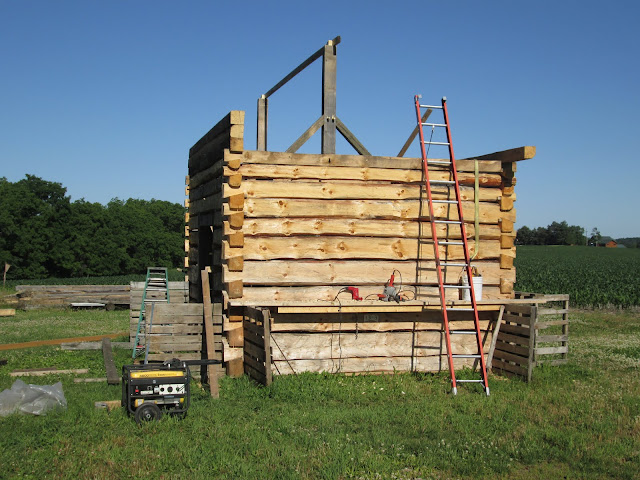 With both ridge support posts in place I put a 2x4 across the tops to help locate the placement of the center post. 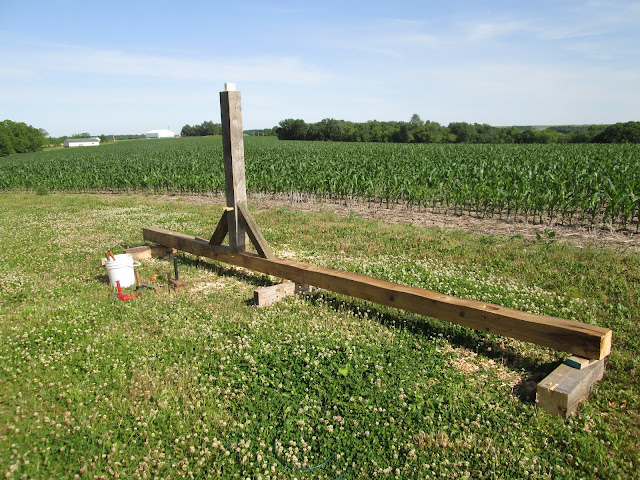 After locating the placement of the center post it was time to layout and cut the mortises for the five tenons the ridge beam would be sitting on. The ridge beam has about 1" of camber cut into it. 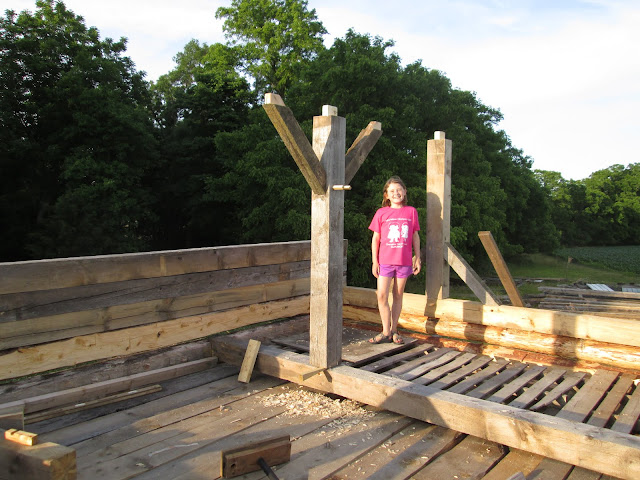 The middle post was then mounted in place. Grand daughter Ruby was my spotter.  3/4" square pegs were used in the 7/8" drilled peg holes. These work good as just the corners touch (square peg in a round hole trick) and can be removed easily for the dis-assembly and move and then replaced with 7/8" diameter oak pegs. 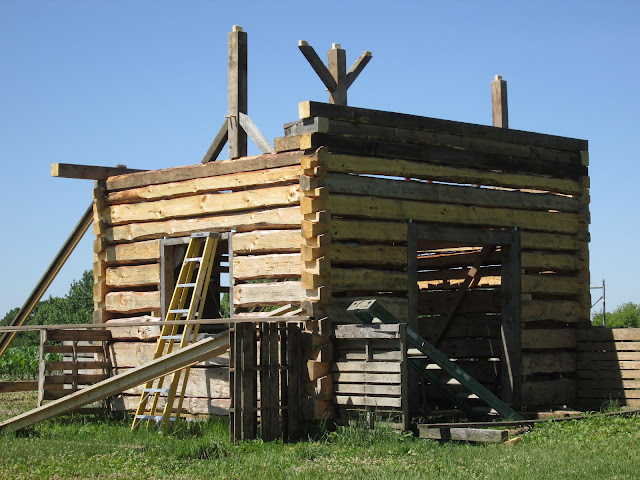 So with all the posts set in place and braced it was time raise the ridge beam. Notice the front wall has been modified to give it more bracing. Just stacking and screwing the top three 6x6's was not stable enough. 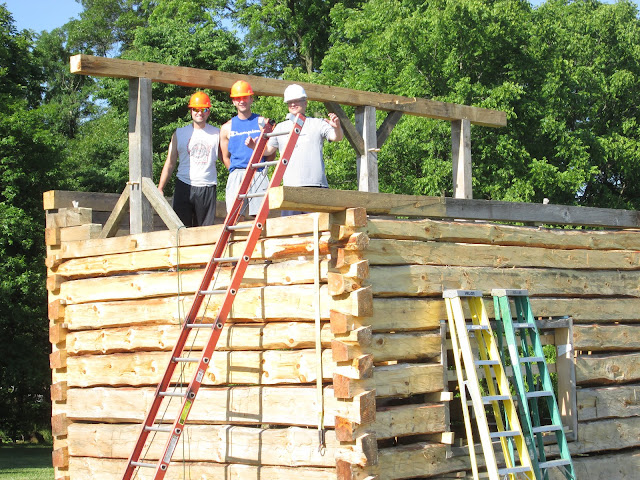 At 300 pounds lifting the ridge beam in place required some help from the Osterday Cabin crew. Five minutes and the job was done. Good 6 foot plus head room in the loft and a Perfect fit! 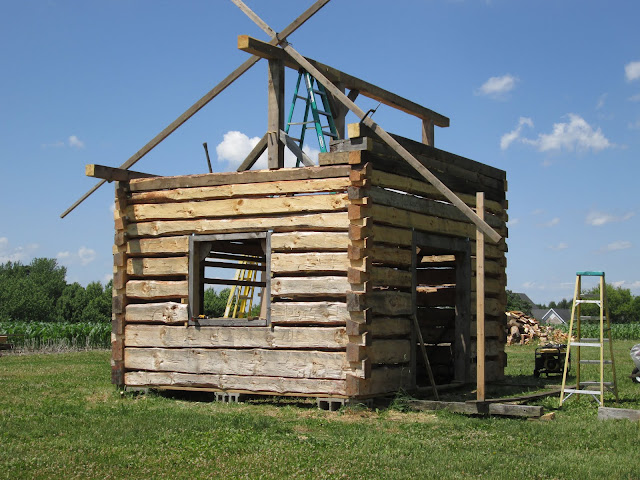 So on to the next part, cutting and fitting the ten 6x6 rafters.
Posted by Dick at 12:29 PM