Woodlanders - Where else can you have this much fun?

And learn a ton of cool stuff. For sure Woodlanders four day annual learning event, they call it Summer Camp for Adults, in Mineral Point , WI is a well kept secret. Living only 15 miles from this just goes to show you that some of the best things in life are right under your nose.

I was asked to participate by coming up with a class to offer. I said yes! As usual it has made all the difference. Like I said in my last post my class titled, Wind Generator Art, was going to be four hours of serious fun designing, building and testing wind turbine blades to see how much electricity they could produce. 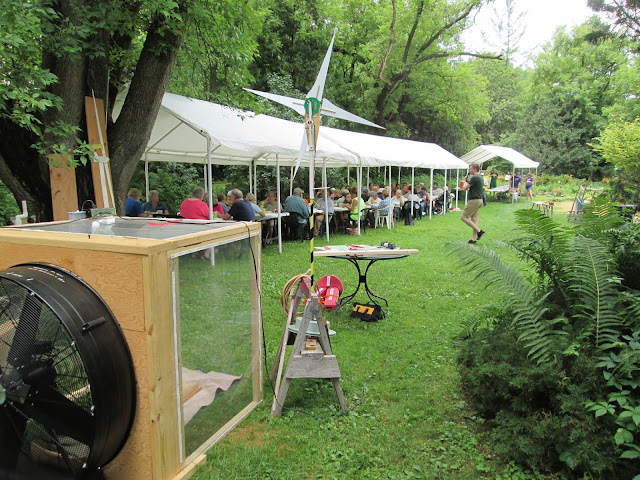 This was Thursday, lunch time. After several days of preparation I was set up and ready to go. 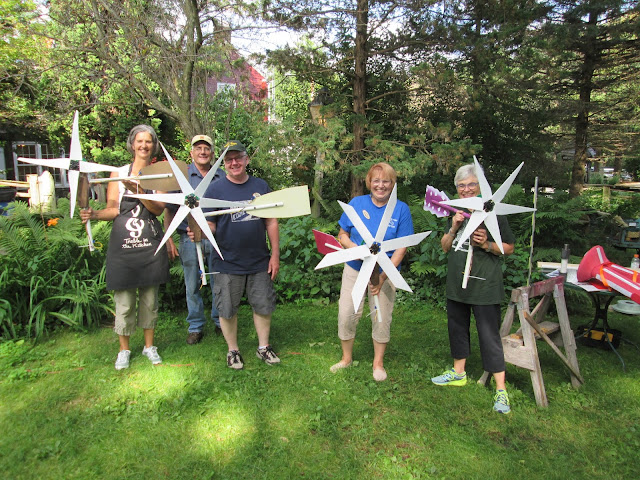 These four took the class and had a great time spending four hours learning about wind turbines and making blades and testing them in the wind tunnel to increase their energy output. They really got into it and the time flew by but we got the job done and each person got their wind turbine to run and produce enough electricity to light the LED on the tail. Nothing can beat the self satisfaction of making something with your own two hands then then seeing it work.  Look at the different designs. Look at the smiles. Priceless learning! 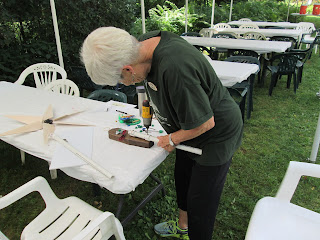 They drilled and assembled. 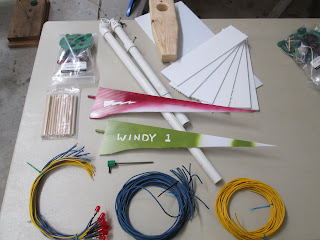 They learned about these materials and then used them. 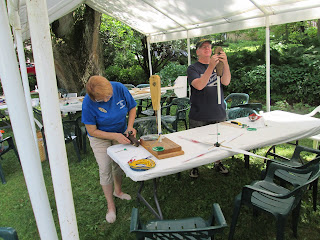 Wiring up the 2 watt Kid Wind generator and attaching the blades they designed to the hub of the turbine. It should be noted that leading up to their final design each participant made a practice set of blades and then refined and retested their design several times working to improve the energy output. In most cases they doubled and tripled there energy output! They took great satisfaction in this and there was a friendly competition to see who could product the most energy. The high output was 19 Joules. Just enough to light the LED in the tail. 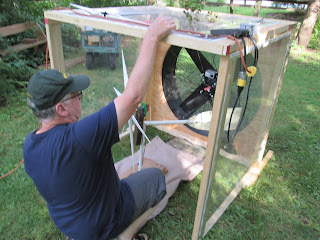 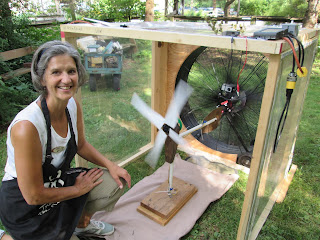 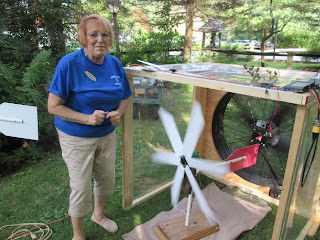 There is just something about making something with your brain and your hands that works... 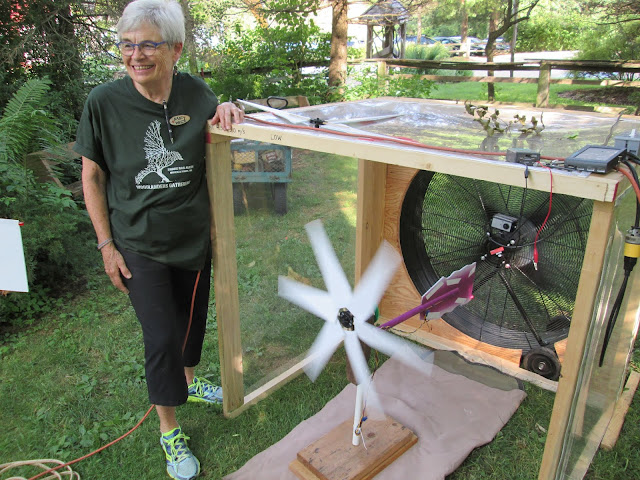 Making electricity and knowing how it works. Can you see that tiny little red LED at the bottom of the tail fin shining? When they put these up in their yards and the first time the wind blows and they see that tiny LED light up. The feeling? PRICELESS!

These are adult Kid Wind Challengers. They want to come back next year and start working on blades designs that are airfoils with a twist. Maybe producing over 80 Joules. See you next summer at  Woodlanders 2019 in Mineral Point, WI

Post script: It wasn't all work I had some time over the four days and took two blacksmithing classes. 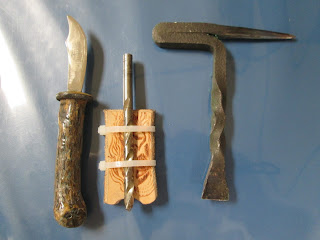 I got to make a tin can forge and then use it to make a nice carving knife out of a 1/4" drill bit with a cactus handle. In another class I used the coal forge and worked a piece of iron into a combination small screwdriver / scriber hand tool. Very enjoyable learning experience and got to meet some nice people in the process. Woodlanders at Shake Rag Alley in Mineral Point, WI
Posted by Dick at 8:10 PM