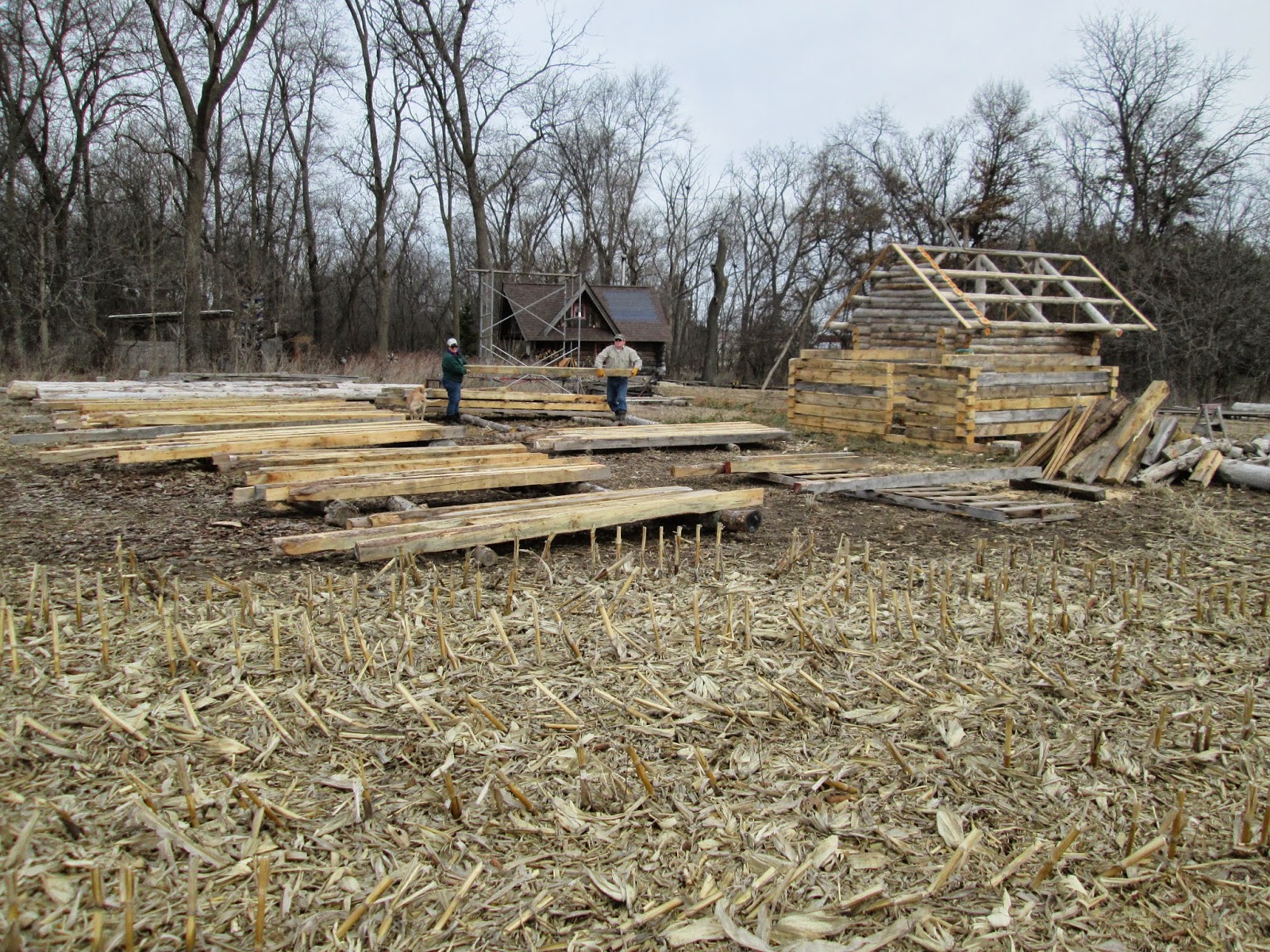 After using up the 6x6's Sue and John went to work sorting and laying out the 5x5's for the top half of the cabin walls. 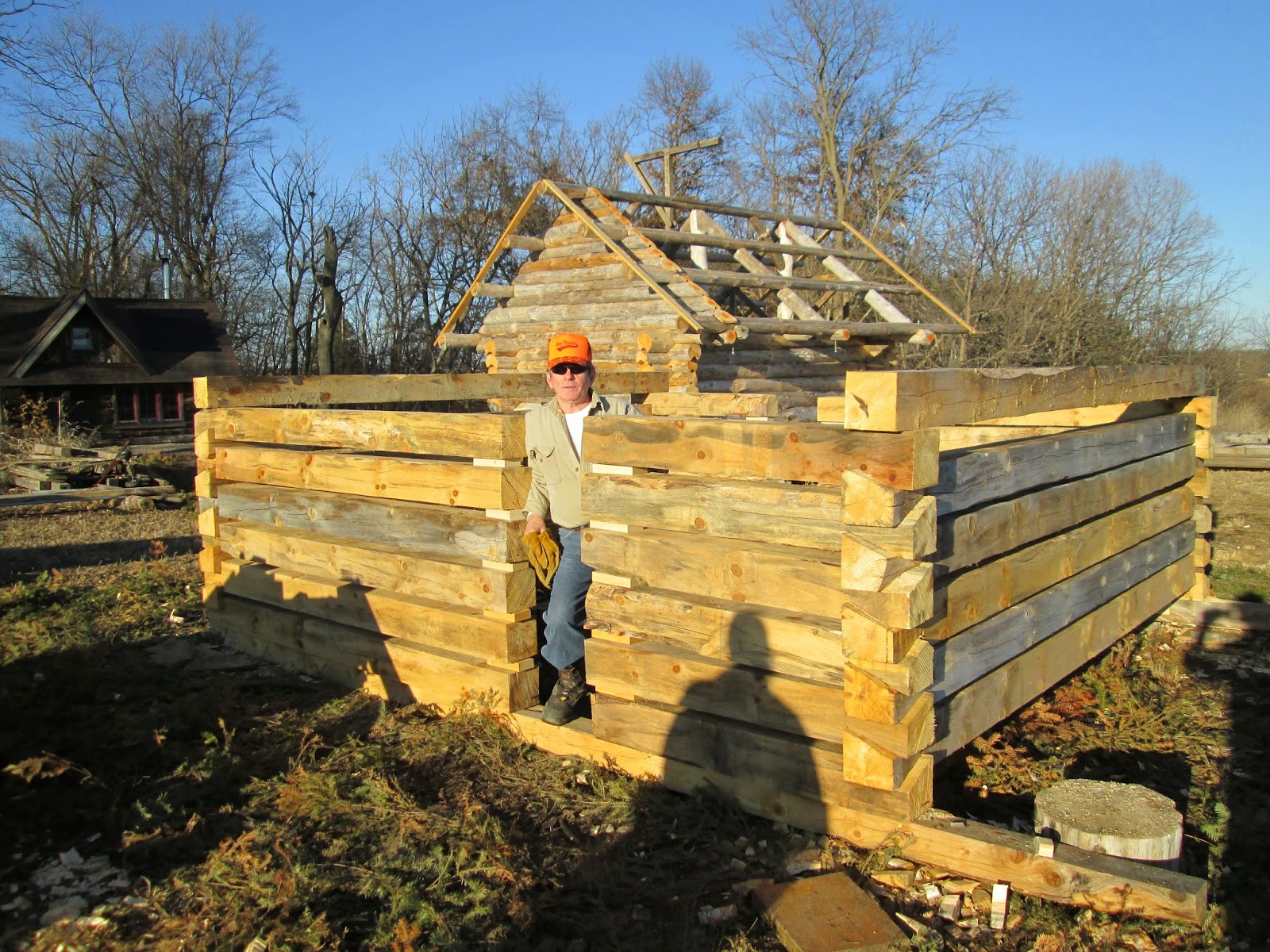 Six rounds of the 6x6's and the walls are up about 5 feet on John. 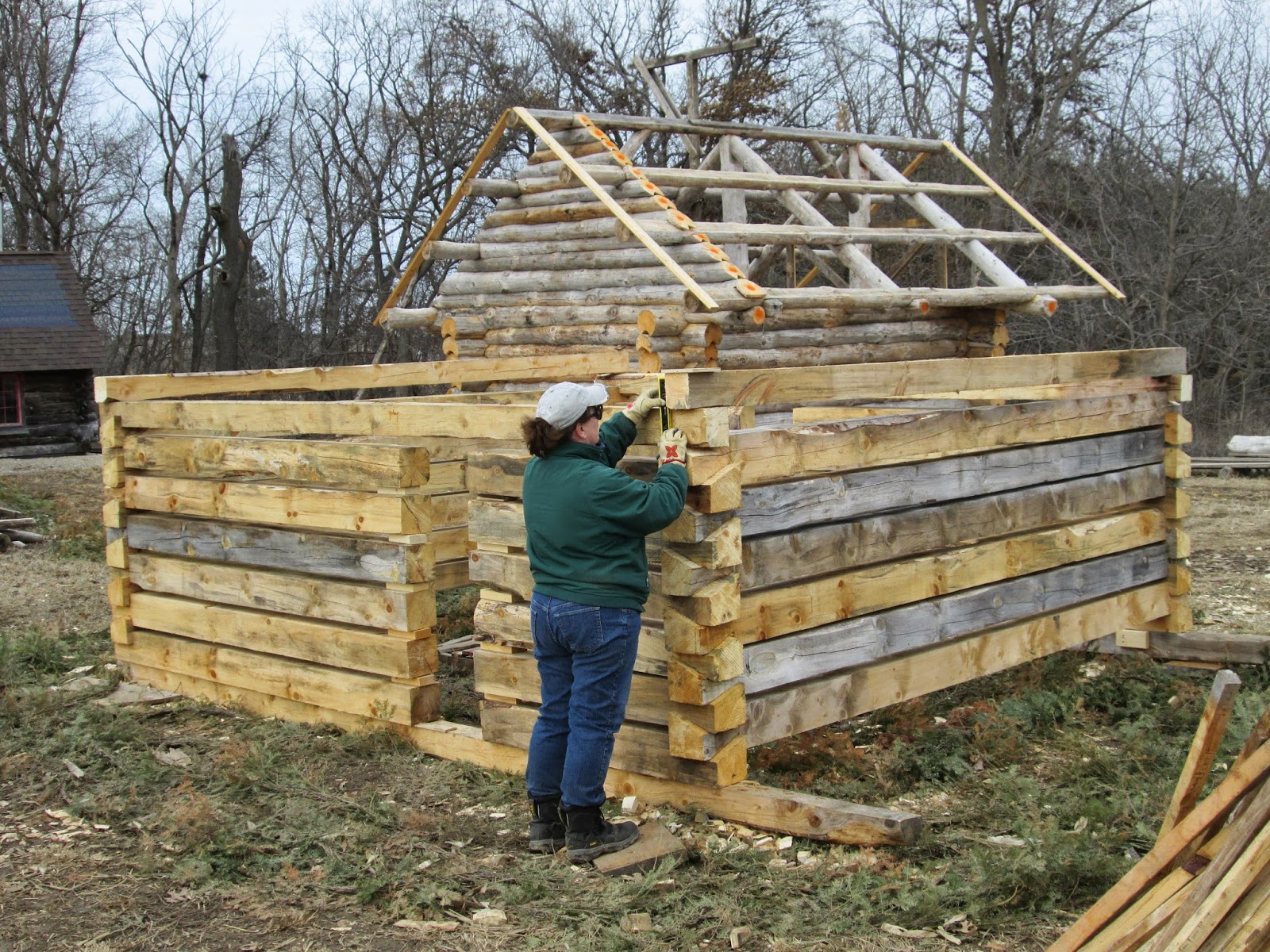 The decision was made to keep the outside surface of the walls flush leaving a small ledge on the inside. Sue is marking ends of one of the first 5x5's. Notching the 5x5 to fit on the 6x6 was a bit of a head scratcher at first but we worked it out nicely. I think they are getting the hang of it. Nice pile of logs!