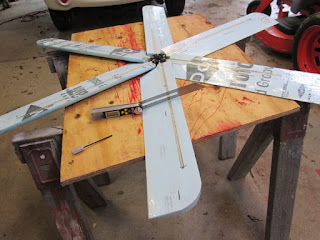 Lift and Drag are two big factors to consider in the design and performance of blades that make up the rotor for a Kid Wind turbine. To test performance students will design a blade and then make multiples (2, 3, 4, 6, 12) to fit the KW hub. This takes considerable time and materials even if you just make 2 or 3 for a test of output. 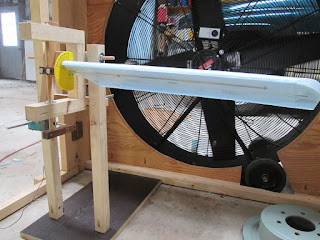 Imagine a devise that when a single prototype blade design is mounted and placed in the wind tunnel would measure the Drag and Lift at the same time. Imagine that this devise could be used to determine the specific pitch angle that produces the most Drag and Lift for that blade design. 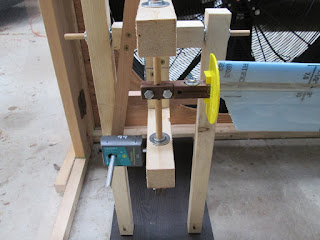 Well here it is.
In this position, looking straight on with the blue styrofoam blade mounted you can see the Drag on the blade causes the vertical shaft to be rotated and that force is measured by the Vernier force sensor. The sensor is attached to the aluminum rod and this rod is screwed into the stick that goes up at a slight angle and is fastened to the horizontal cross bar held in place by bearings at each end. It is NOT attached to the vertical stick behind it, this feature is important! 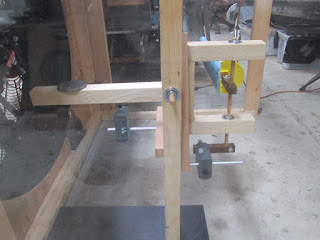 Now for the Lift measurement. Looking from the side. Sticking out of the back is a stick attached to the crossbar and bearings mentioned before and the two arms that stick out in the photo holding the Drag measuring part of the devise. A second Vernier force sensor mounted on an aluminum rod measures the Lift force on the blade being tested. Note the counter weight on top at the end of the stick. This counterbalances the weight of the blade and Drag portion of the devise. 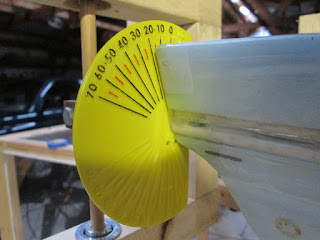 A KW protractor is mounted to the blade holder and provides a very positive and consistent  measurement of the pitch angle for blades being set at for testing when collecting performance data. 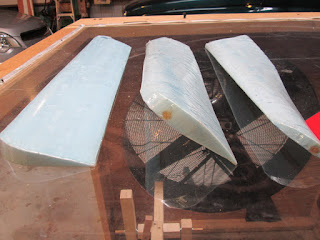 Note: This model is the 2.0 version of this devise. The first, proof of concept was made from PVC pipe and used protractors and pointers to measure the Drag and Lift forces against springs in degrees. 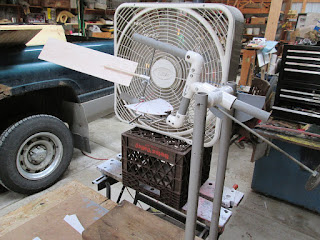 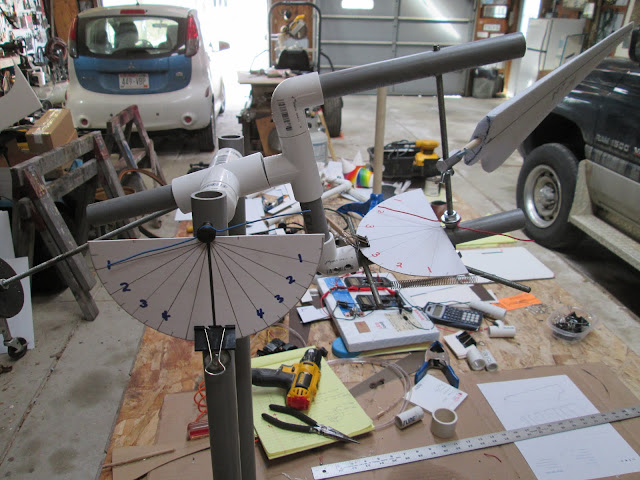 Crude but effective and led me to ... 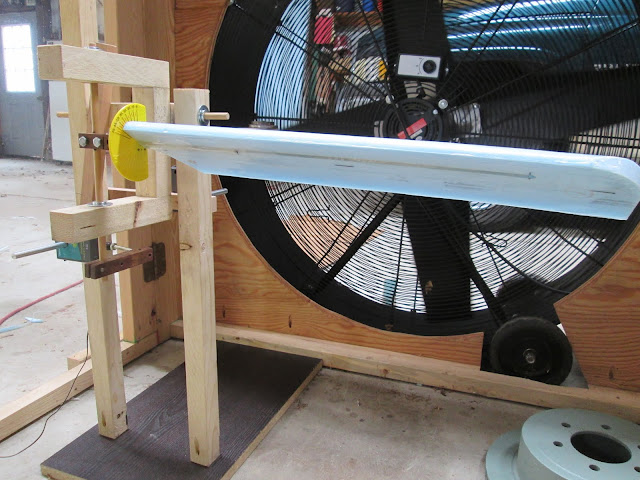