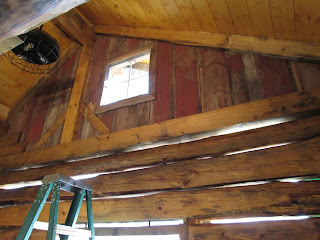 A window was added to the South end to let in more light. Then the gable end was insulated and covered with salvaged barn board. 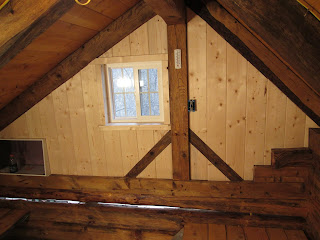 The North end of the loft was insulated and then covered with 1 x 8 tongue and groove pine to match the ceiling. In both ends the boards were set back to expose the 6 x 6 post and mortis and tenon brace work. 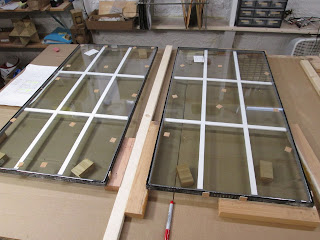 With the interior pretty much in hand it was time to move on to the windows. Thermo pane glass panels with interior dividers were ordered. The planning for this required a considerable amount of measuring and thinking. 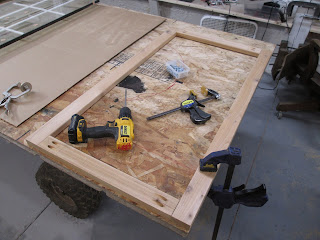 The glass panels would be sandwiched between two layers of cedar. These layers had to be the correct size so as to fit into the cabin window framing. The inside of the layer had to be large enough to keep the glass in the frame. Lastly there needed to be a spacer the thickness of the glass between the two layers. This spacer had to be just the right size to fit the glass on the inside and be flush to the edge of the top and bottom layers to make the sandwich. Also the corner Lapp joints had to be alternated to provide the needed strength. Pocket screws were used to assemble the first layer. Then the spacers were nailed and glued in place. The glass was inserted and then the top layer was screwed on to finish the sandwich. 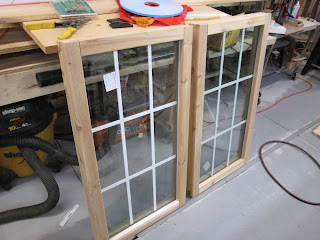 After a couple of hours the first two windows were framed and turned out well. Now it was out to the cabin to hang them. 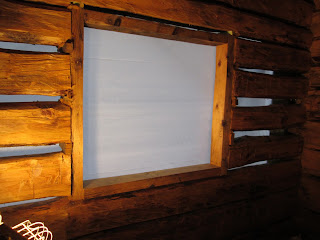 Everything in the cabin is built heavy and oversized and the windows are no different. Locating and  inletting the hinges of these heavy windows would be a challenge. Getting them to hang and not bind would the the goal. 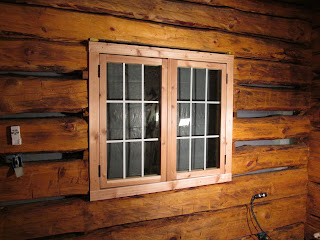 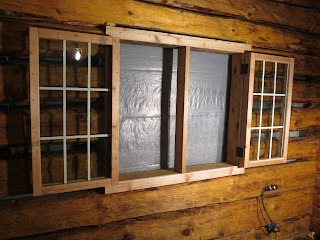 Mission accomplished ! Two down, with another three panel window and the doors to go. Should be an interesting next couple of days in the workshop and out at the cabin.