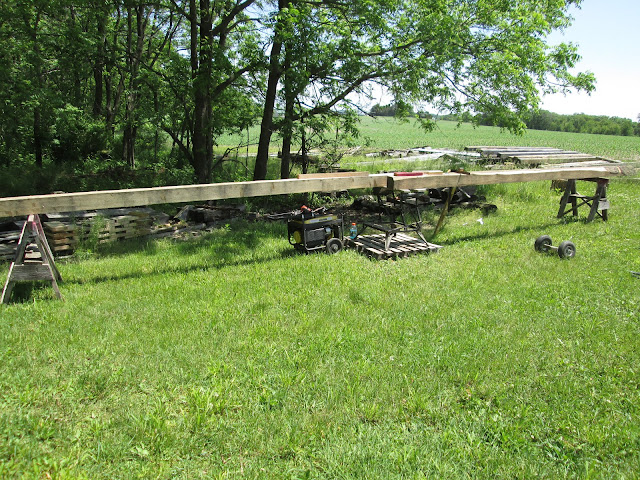 As I begin this process I find myself asking why? The best answer I can give anyone is that I do not have any 6x6 timbers that are 22' long. I have made several of these scarf joints before and with a few variations and every time it become a new learning experience. So here goes blog followers.

Setting up a work surface that is level and sturdy is the first order of business. Because of my lack of confidence and that I do not have any extra 6x6's to waste I chose to put to 18 footers together like this. My thinking was that if I goof it up I will still have enough length to try again. After all I only need 22' 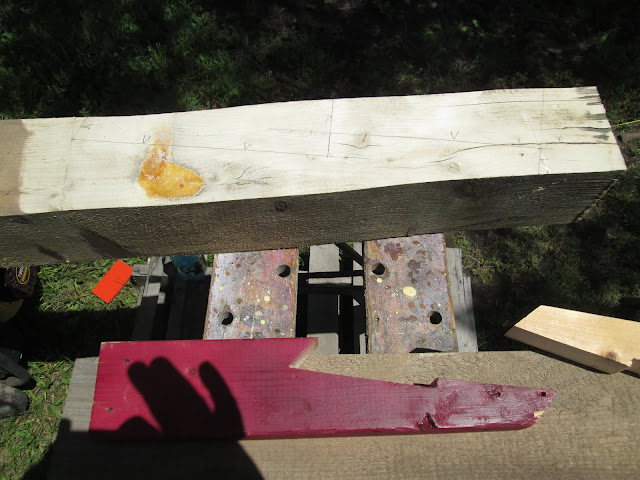 So the scarf is going to look like this. The ends are squinted so that when the wedge is driven in the middle the joint is locked together. I could go through all the layout but just let me tell you I spent the better part of the morning laying it out, sanding it off and trying it again until I got it. 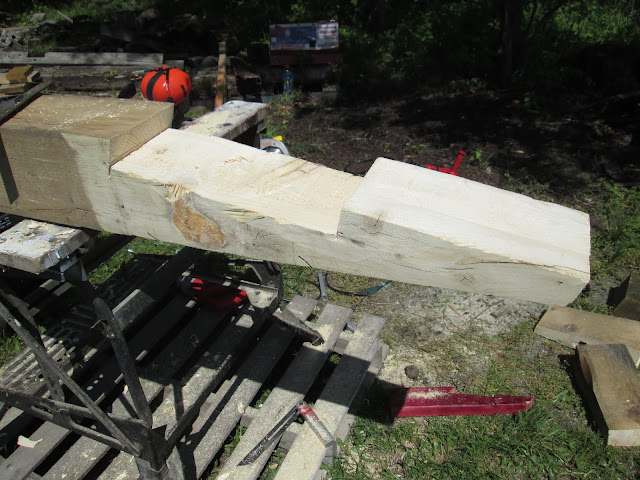 After several fits and starts I had the first half cut and was pretty happy with the results. If you notice the cut on the left side requires a plunge cut and because the timber is 6" thick has to be made from both sides with the 7- 1/4 skill saw. Then you have to connect the two to remove the piece. No small task when working with rough sawn timber that is not square. Think about that. 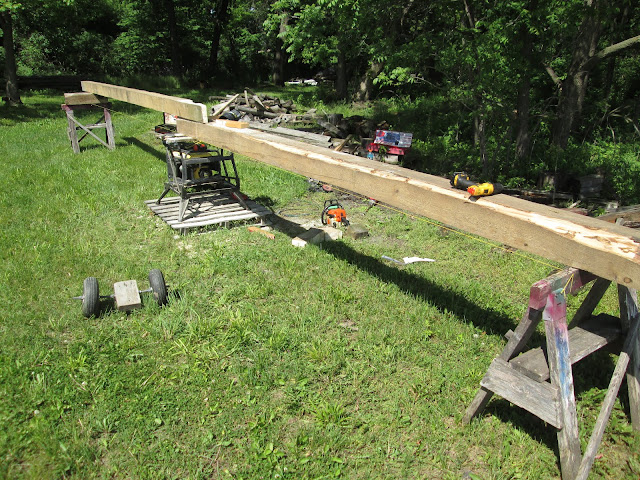 After watching a video on this they said just to trace the profile of the first one on to the second piece. Easy Peasy, right? Well wheeling around two 18' 6x6"s weighing 150 pounds each is a hand full. But I got it. Even cut it so I had about a 1 - 1/2" of camber into the joint. 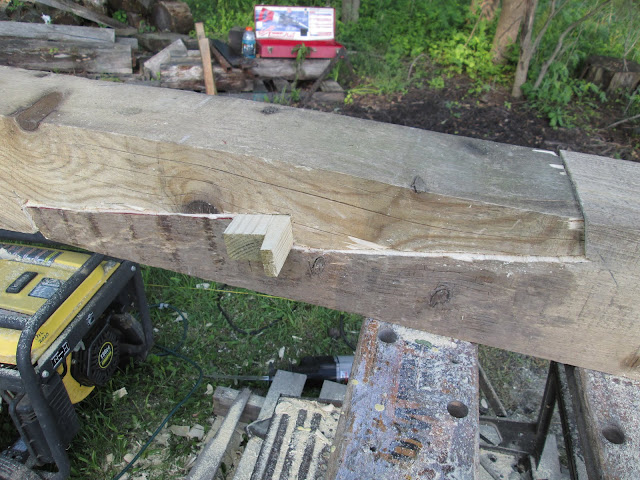 And there we have it. Getting the ends and surfaces even and tight like this is achieved by a process called "sawing up the kerf" and as you can see really does the job. The folding wedge in the middle is cut so that the outside surfaces are parallel when driven in. This is much better that a standard tapered single wedge. So one down and two to go. This was going to be easier than I thought. But you know what they say, "At the end of a perfect day, look out the day is not over yet!" 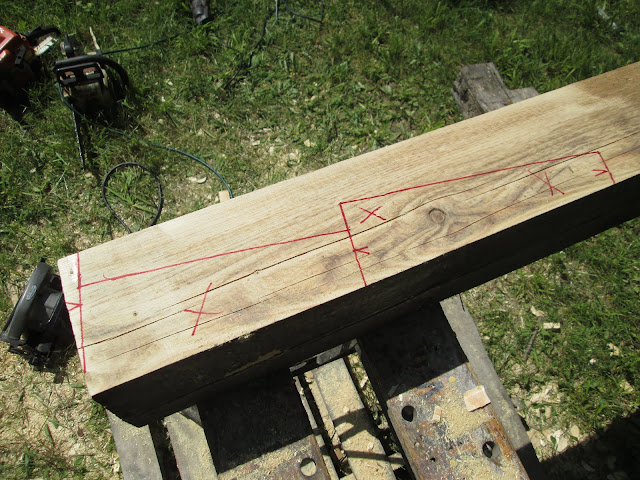 So here we go on to beam number two. Layed down one of the first pieces and traced the cut lines. Carefully marking with an "X" the material that was to be removed and a "V" to show which side of the line to make the saw kerf. Don't want to get confused and... 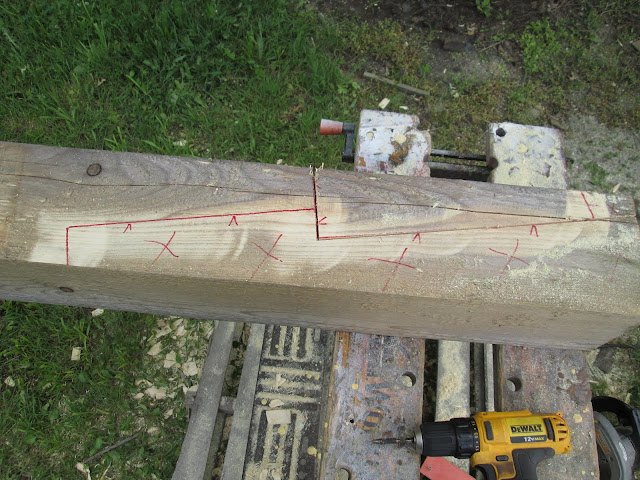 SECOND CUT. Good grief. The one in the middle. I had a 50/50 chance of getting this right and blew it. All I'll say is that I had a brief moment of prayer and moved on after I cut this piece off and started over. Did I mention this was going to be a "new" learning experience. Nothing new about making mistakes like this for me. Just having a hard time blaming it on one of the Big 3 - Poor Material - Bad Equipment or Someone Else and since I was by myself that option was out.

Two down one to go.