Worst thing in the world...

The worst time in the world when you are trying to fix something has to be being lost and not know it. And this has been the case with my most recent, repairing my Enertech 1800 wind generator. 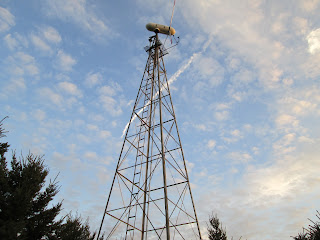 In my defense. Picture yourself standing at the top of a 6 foot ladder tied to the top of this 50 foot tower. Sure you have a safety harness on but it still is distracting. 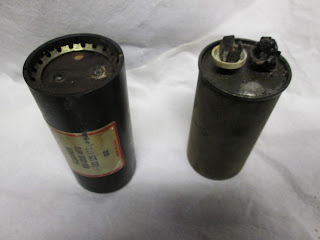 You open up the nacell and remove a cover over the capacitors and this is what you find. The black starting cap is totally disconnected (3 wires) and only one wire (of the 3) is still connected to the metal run cap. No problem as I had some tape on my gloves that I could tear off and label some of the wires. I also had a scrap of paper with me and made a little drawing of the wires. I would get replacements and be back in business shortly. I was very careful and methodical as I re-turminated each lead (as instructed by my capacitor guy) one lead at a time and attached. Did not want to mix anything up. After the rewiring I went down and flipped the power on. Nothing! Dang.

Next move was to read and do some more testing. Wait, it was still dead maybe I had the cap wiring wrong on the run cap.  (I KNEW I had the start cap wired right. Lost and didn't know it). So I did and this time got a high current (45 amp) to flow. (I reasoned that this meant there was a starting problem.) This was miss guided thinking. 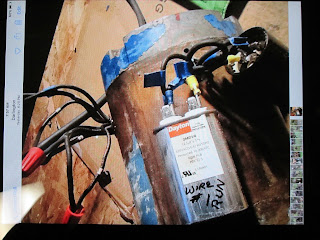 So testing it would be. Now to perform these tests all wire had to be disconnected. My first test showed an open main A winding. B winding was good. Temperature switch was good. Starting winding was good. Bleed resistor was good. Capacitors were new. So I decided to unbolt the brake and generator and bring them down from the tower. There I could study and bench test everything. 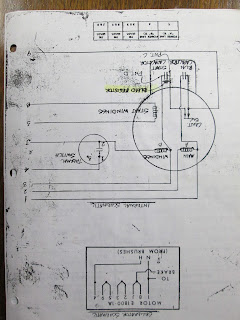 Two days of on again off again reading and testing. Trying to follow the schematic and physical wiring of this many wired monster ( six to the capacitors and eight in the junction box) was a struggle. So I decided to draw a physical diagram of the connections. 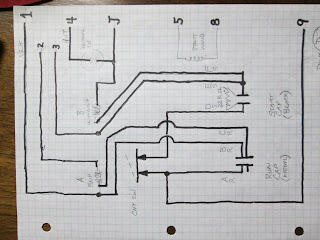 So this made sense and as I traced each wire in and out of the motor housing I labeled it and my drawing. During this process I discovered that I had mixed up a second wire in the first attempt to install the new caps. This was sad because had I gotten it right the first time it would have worked. All looked good and the logic of how current should flow was there. Wired it up by the numbers and WALLA! Spun like a top. All I can say is I learned a lot more about my wind generator in the process so not a total loss.