Framing in the gable end windows was a great way to kick off the new year. The first order of business was to layout and rip in the rabbet cuts for the glass panels into the rafter truss logs. This was no small feat to do however but provided a good opportunity for some creative problem solving. 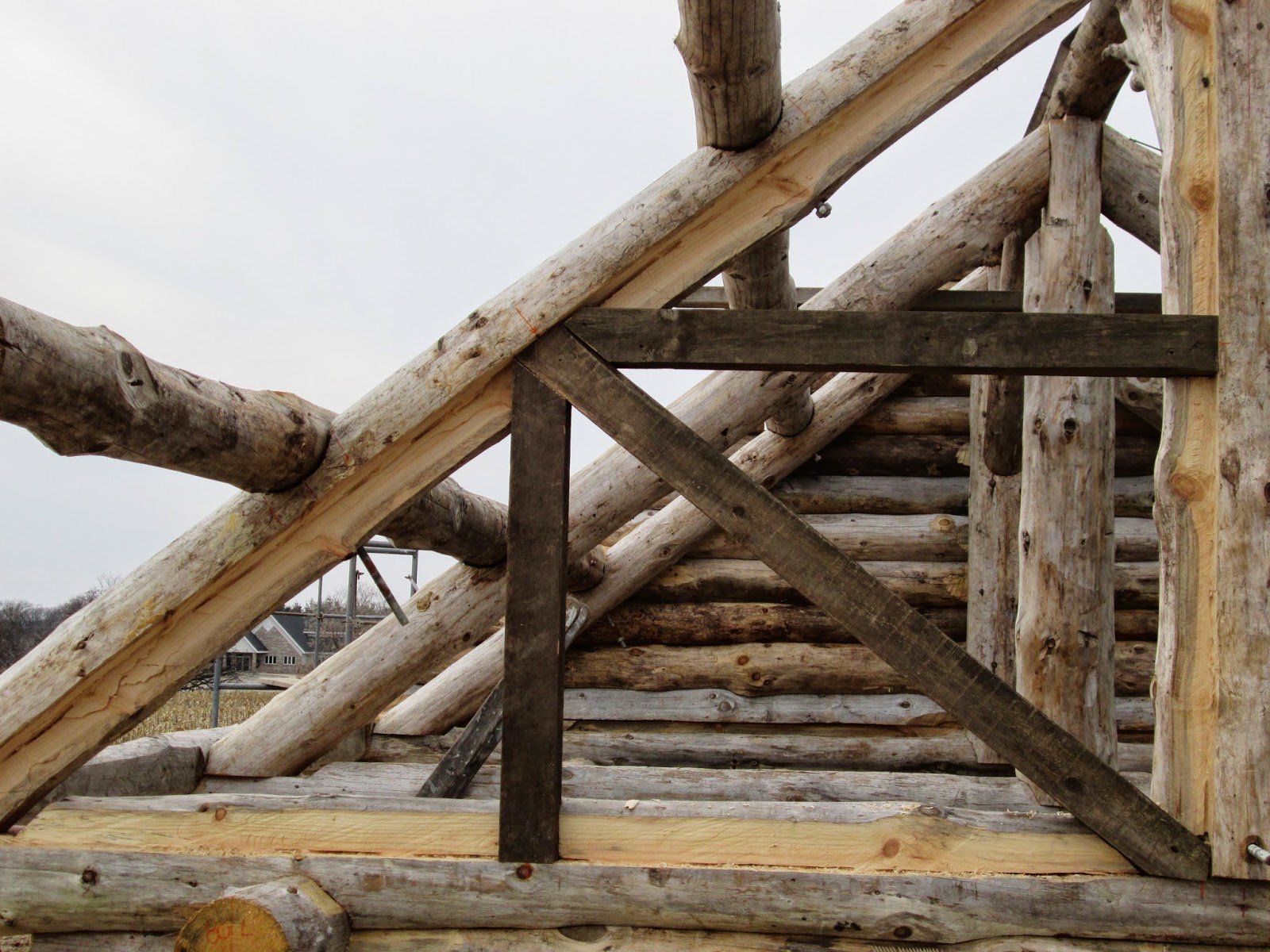 The problem was solved by making a sort of 2x4 angle iron frame that was screwed to the logs and then used as a guide for making the 2" deep chainsaw cuts at right angles to each other. It turned out very well and insured the back side of the cuts were all in the same vertical plane for the glass panels to rest against.

Next I cut and notched in the 4x4's that divided each half of the gable end into 4 nice right triangles. These 4 by 4's were notched 2" deep into the truss logs to get their front surfaces flush (or slightly behind) to the front surfaces of the logs. 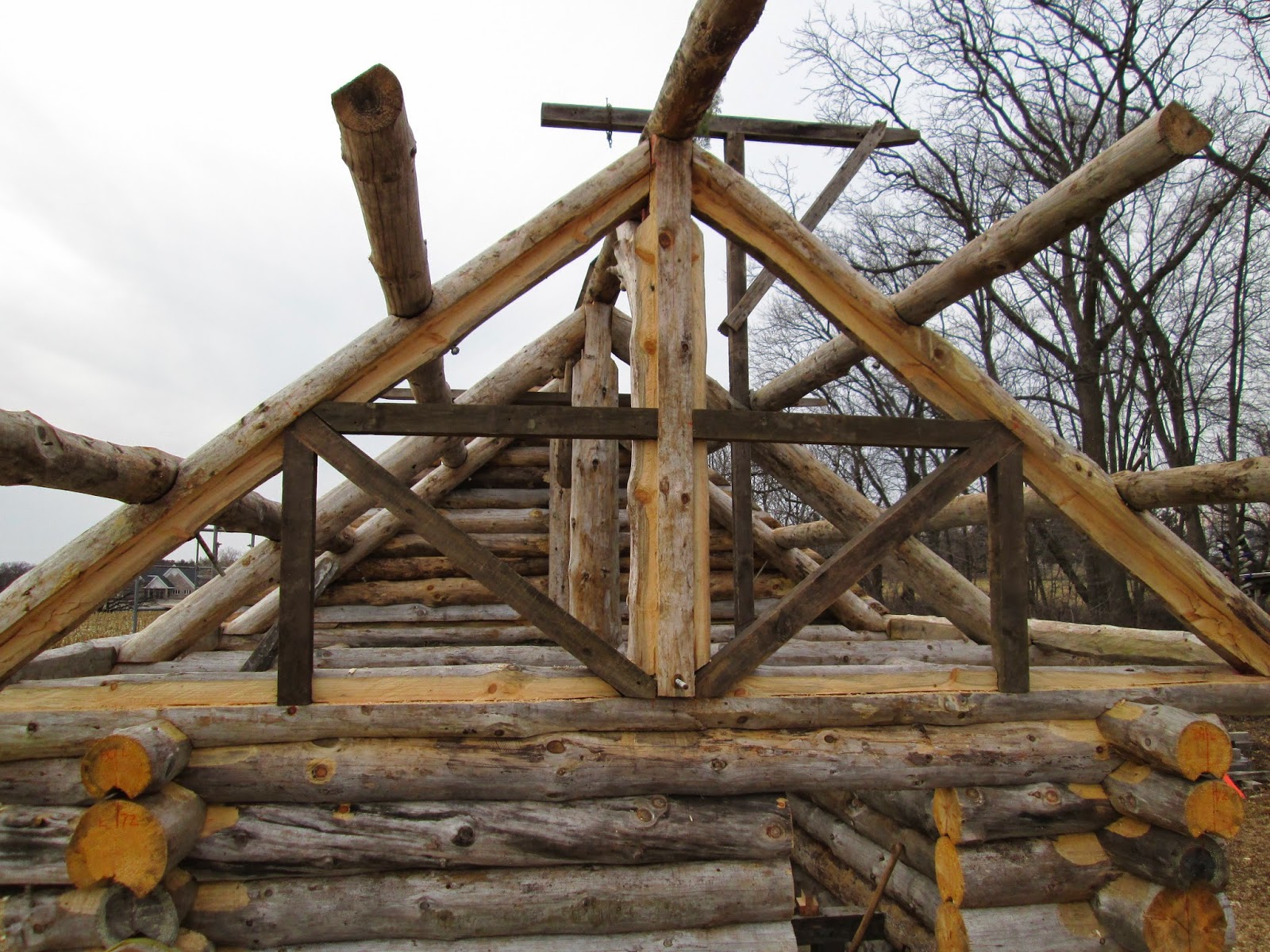 Next it was time to cut rabbets into each side of the 4x4's for the glass. The cuts would be made so as to leave a 2" wide strip of wood between each glass panel. These cuts would be ripped on the table saw. 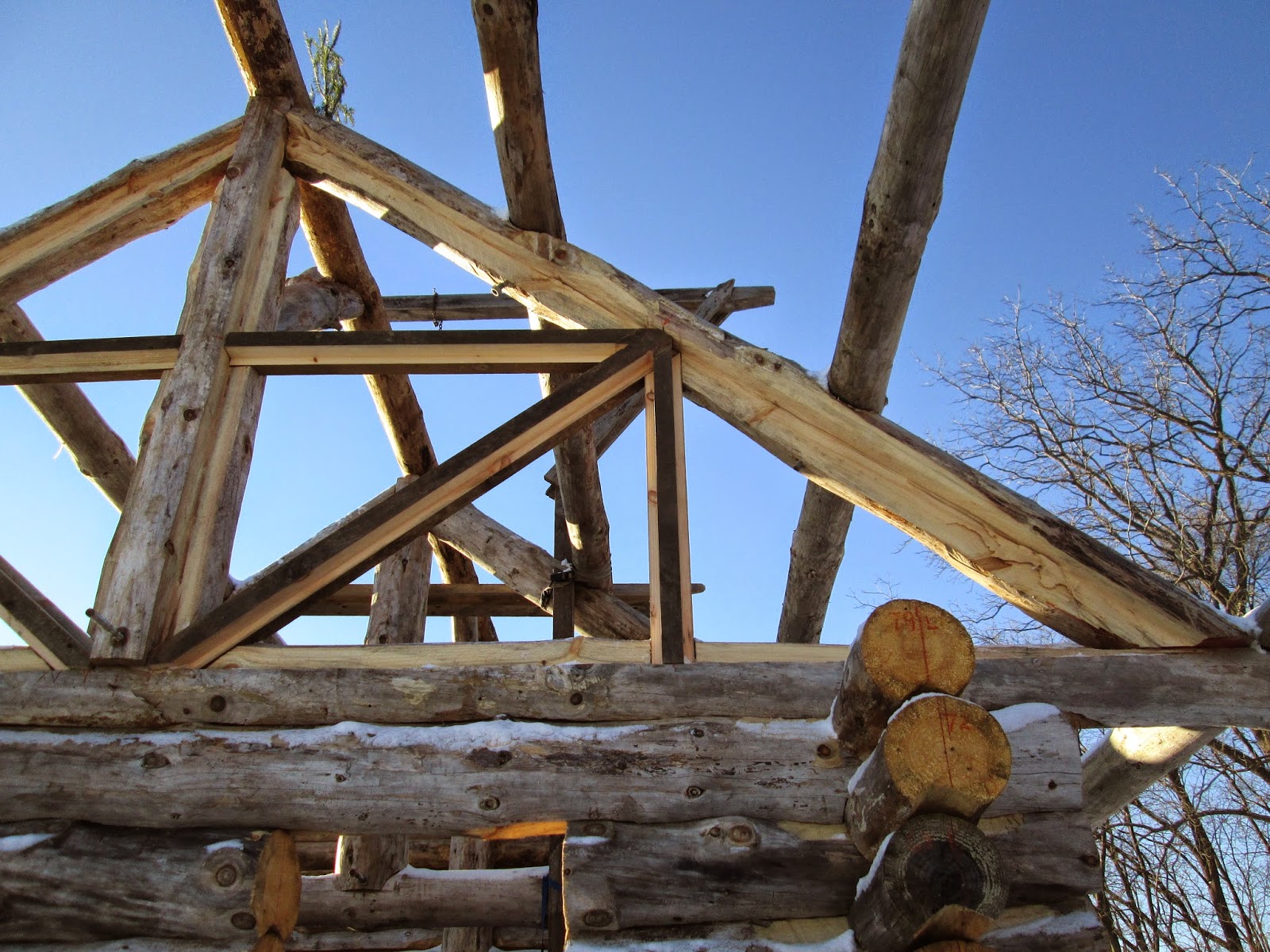 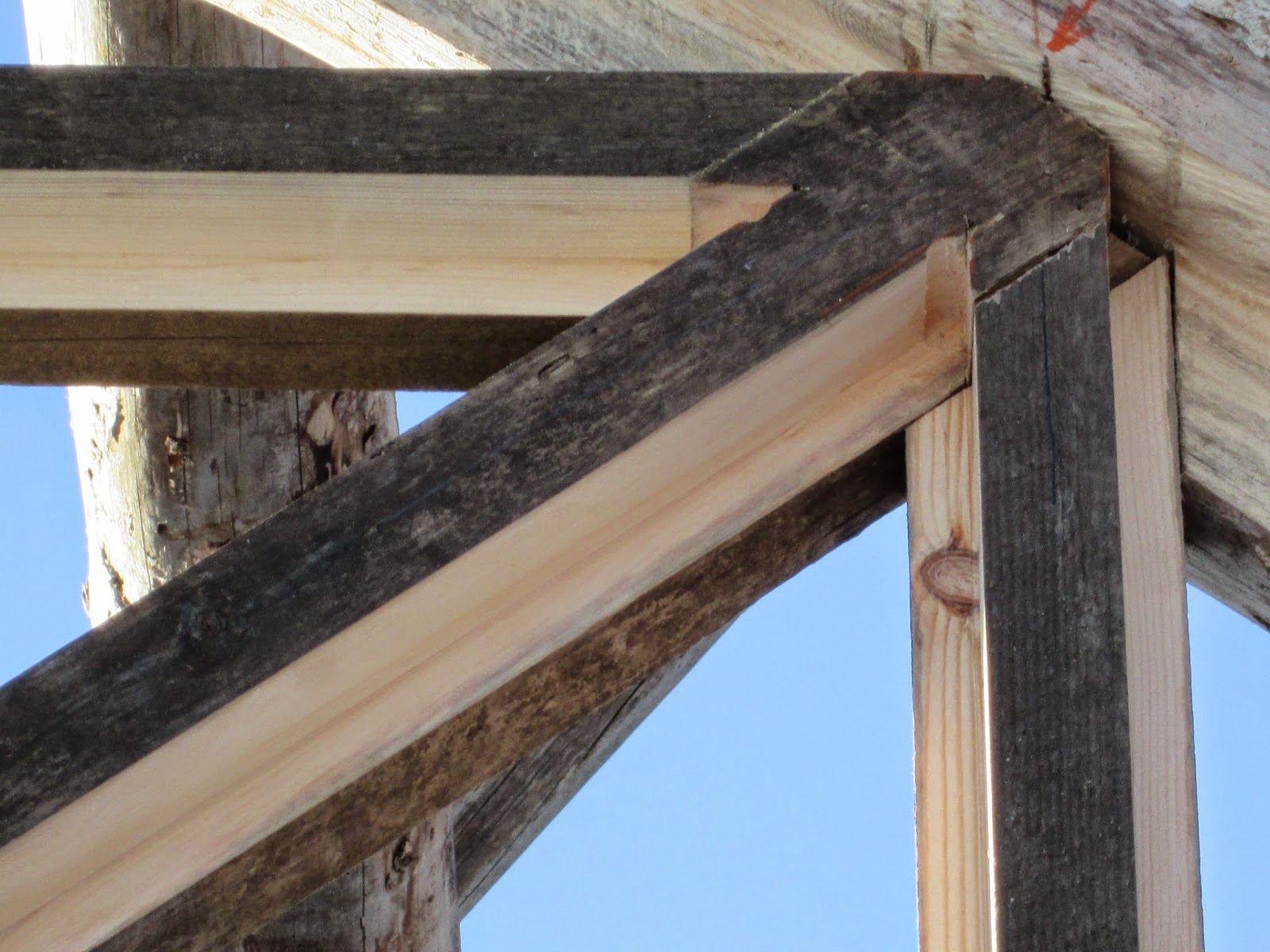 The corners where the 4x4's met required some special attention and cutting as you can see in the photo above. When the glass has been installed they will be trimmed out with wood strips to hold the glass panels in place. The buyer will have the option to use just single pane 1/4" plate glass or more expensive thermal pane units. Prices quote are bring obtained. Now it is on to closing in the sofit under the eaves.