The weather was nice for reassembling the cabin but got a bit foggy by days end. After setting some nice limestone rock the sill and floor joists were laid square and level. 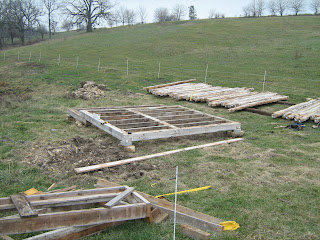 Tom got some recycled 3/4 Baltic Birch plywood to be used for sub-flooring. Even though it was an odd size with a little cutting we were able to hit the 24" O.C. floor joists. 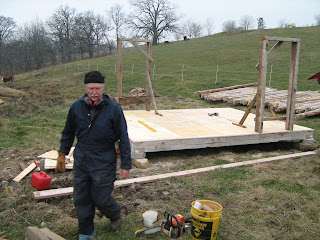 With the door frames secure and plumbed we were on to the laying of the first rounds of wall logs. This should be easy (famous last words) right? Things were going along just fine until we had a collective brain laps. It took us a few minutes to figure it out (we couldn't find the 3 of hearts for the other corner). Wouldn't have been so bad if we hadn't put the four of spades log on top of this one. Oh brother, lost and don't know it! 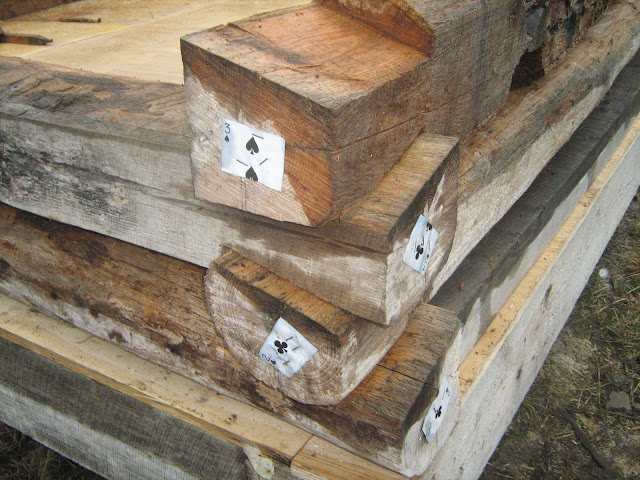 Good news we survived and only got lost a few more times. Now Tom has to start drilling and pinning the wall logs where the windows will be cut in later. 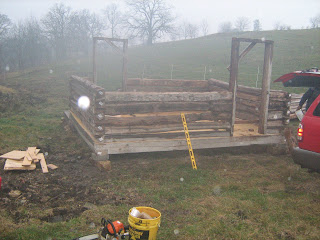