Web worthy, layers and inside chords

Pretty hot today. How hot was it?  It was so hot, that I didn't even have to light the grill... all had to do was turn on the gas! Getting some practice for the Burlington Liars Club contest in January.

Things went as planned and all is well. Did some reinforcement bracing on the falsework. Lots of load bring applied to it by the camber in the outside chords. Want to secure it before I form and clamp the inside chords in place tomorrow adding more load to it. 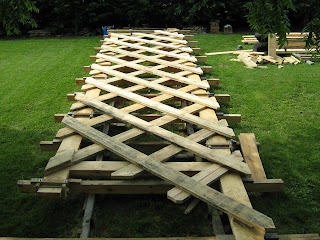 Did a lot of measuring and double checking. Placed a 2" drywall screw in the edge of each web piece to hold it in place while I am placing the Inside Chords on them. 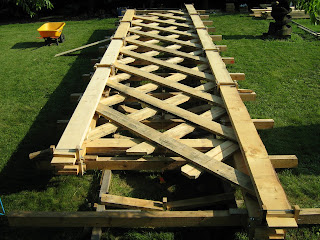 Finished up the day with the pieces that make up layer five and six ( the Inside Top and Bottom Chords ) in place and clamped on the edges and face to make them straight. Tomorrow I will form the camber into the Inside Top Chord first. This will be done by clamping it to the Outside Top Chord that is blocked in place to the falsework. I can use a come-along to pull the ends into place. Then I will form the bottom chord by using a jack working against the top chord.
Should be drilling trunnel holes this weekend!

Puzzler - Took a couple of pictures of some small but very annoying problems that only the end user can appreciate. Take a look and see if you know where the "manufacturers" went wrong and why this is such a pain. 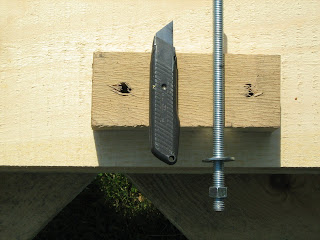 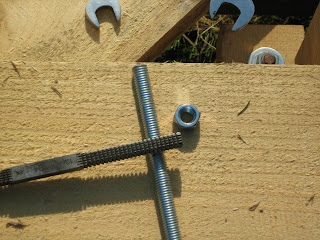